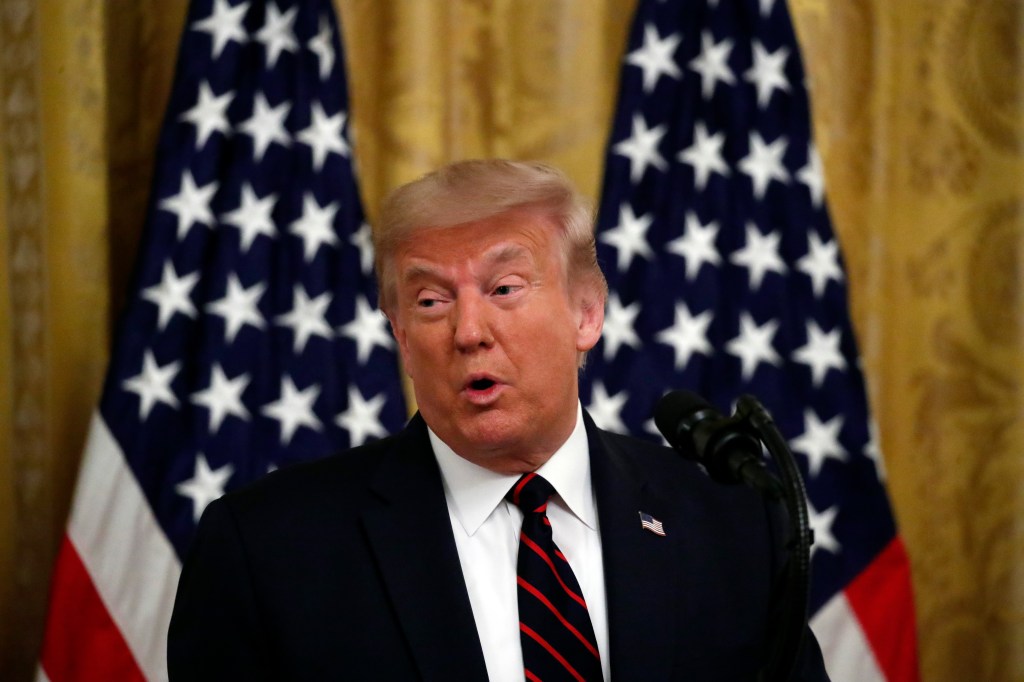 WASHINGTON – After weeks of railing against what he claimed were the potential risks of voting by mail, President Donald Trump on Tuesday urged voters in at least one Republican state – Florida – to vote by any means.

Trump, who is trailing presumptive Democratic nominee Joe Biden in polls, has repeatedly warned in recent weeks without evidence that mail-in voting carries more risks than voting by absentee ballot and could result in widespread fraud.

Voting by mail has been embraced as a way to limit exposure to the novel coronavirus. Most absentee ballots are also conducted by mail.

On Tuesday, Trump suggested there was no difference after all, and urged voters in the key state of Florida to trust their voting system.

“Whether you call it Vote by Mail or Absentee Voting, in Florida the election system is Safe and Secure, Tried and True. Florida’s Voting system has been cleaned up (we defeated Democrats attempts at change), so in Florida I encourage all to request a Ballot & Vote by Mail! #MAGA,” Trump wrote.

White House press secretary Kayleigh McEnany, asked about the tweet during a White House briefing, referred questions to the Trump campaign, which was not immediately available to comment.

McEnany said the president remained concerned about “mass mail-out voting,” such as that planned in Nevada and California’s Los Angeles County, but not absentee ballots that require a proactive request by voters.

Trump on Monday vowed to sue Nevada, which plans to send mail-in ballots to every voter ahead of the Nov. 3 presidential election in light of the coronavirus pandemic.

Colorado, Hawaii, Oregon, Utah and Washington already conduct their elections entirely by mail, while California and Vermont have decided to do so this year due to the pandemic.

The issue has spawned partisan litigation in dozens of states over issues like absentee ballots and signature requirements.

Democrats and voting rights groups have warned that cost-saving measures instituted at the Postal Service by a Trump financial backer who is now the postmaster general could lead to delays in service just as voting by mail ramps up.