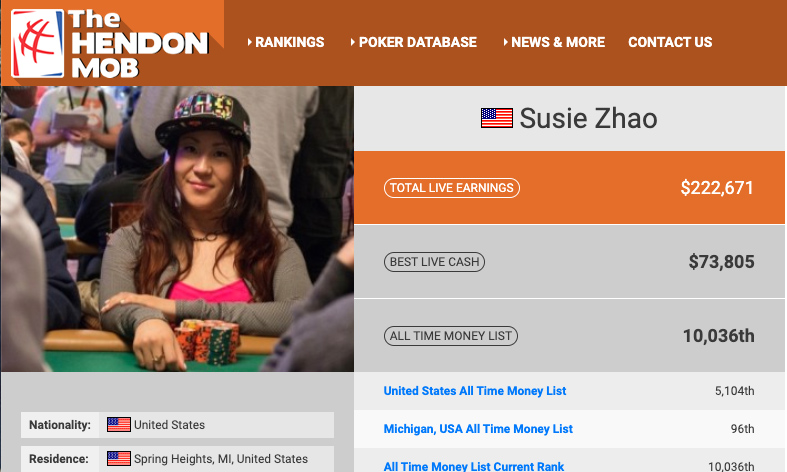 WHITE LAKE TOWNSHIP, Mich. — A 60-year-old man has been arrested in connection with the death of the professional poker player whose burned body was found near a Michigan lake, police said.

The body of Susie Zhao, 33, was discovered July 13 at Pontiac Lake Recreation Area, about 40 miles northwest of Detroit. Zhao — known on the poker circuit as Susie Q — had recently returned from Los Angeles to the area of Michigan where she grew up.

The unidentified Pontiac man was taken into custody Friday while driving, according to White Lake Township police. No charges had been filed as of Monday morning.

As a poker player, Zhao had earnings of $224,671, according to Hendon Mob, a poker database.

Detroit TV station WXYZ reported that she moved back to Michigan to live with her parents and to “confront challenges in her personal life,” according to friends.

The Oakland County Medical Examiner’s Office hasn’t released any information on Zhao’s cause of death.