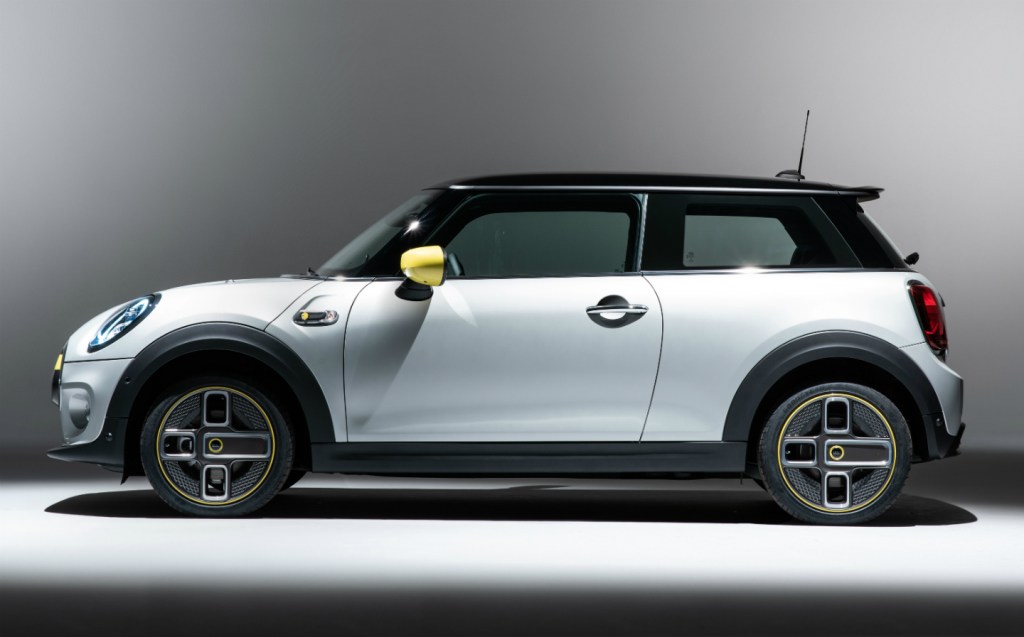 The Bottom Line: When the first Mini was launched in 1959 as the Spirit of the Streets, the public was a bit baffled. Soon enough, people began to recognize that the Mini was not merely a car, but a unique combination of classic British style in a low cost, small size, fun and nimble package that came to symbolize independence and spontaneity.

The original Mini was a small economy car produced by the English based BMC British Motor Corporation and its successors from 1959 until 2000. The original is considered an icon of the 1960s British popular culture. In 2000 the BMW group bought MINI Cooper and developed an all-new car for the world wide small car market.

In 2002, the 43-year-old British marque known as the Mini, and now owned by BMW AG, entered the U.S. market with its famous little hardtop Cooper. That car had a playful face, seating for four, a spunky little four-cylinder engine, and sold 25,000 cars that first year.

More than 3,000,000 Mini’s have been built since BMW relaunched the brand in May 2001. Today they make and sell several models of Mini’s from a 2 door coupe, a 4 door sedan, a station wagon, an AWD all-wheel drive model, a convertible, and now a Mini Cooper SE hardtop 2 Door Electric Car.

This week Mini sent me an all-electric 2020 MINI Cooper to test drive. The electric model starts out with a base MSRP manufactures suggested retail price of $29,900. The only option on the test car is The ICONIC TRIM PACKAGE for an even $7,000. After you add in the $850 destination charge the total window sticker price came to $37,750.

When you consider that the average vehicle transaction price in the US is near $40,000, this all-electric MINI Cooper is a couple of grand below that threshold. And when compared to the other dozen or so electric cars that are for sale today in the US, it’s at the low end of the price scale. That said, because of its small size, it’s also at the low end of the miles per full battery charge, at an estimated range of only 110 miles. And as they say, you get what you pay for.

True, but while the base car sells for less than $30,000, and that’s a super bargain price for an electric car, the $7,000 ICONIC TRIM PACKAGE adds so much flare to an already funky car that this model goes to the top of the cool car list immediately. The Iconic Trim Package adds over 20 fun factor items to the car, from the Panoramic Moonroof, the Parking Assist Package, the Harman / Kardon Premium Sound System, to the Touchscreen Navigation Package. There are over a dozen more options in this package that make the driving, comfort, and styling really stand out from the crowd.

Driving an electric car is different than driving an ICE internal combustion engine-powered car. When you step on the gas pedal, with no gasoline used, the car literally goes from a standstill to instant acceleration. This car is like driving a rocket-powered Go Kart. It is super quick to accelerate, and super quick to slow down.

All you do is take your foot off the gas pedal, again no gas used, and the car automatically goes into regenerative braking mode, and starts to recharge the battery pack to add more driving miles to your trip. It actually adds miles to the digital readout on the dashboard. As you coast down, or brake, the driving mileage indicator adds miles and goes up in driving distance available. This is very comforting to see miles added to your driving range as the car slows down, and brakes by itself.

An interesting side note is that this car is rated at 108 MPGe on the window sticker for fuel economy. Huh? When your rating electric cars the EPA Environmental Protection Agency and the DOT Department Of Transportation rate new vehicles for overall gas mileage usage. Since this car uses no gasoline, being a pure electric car, and not a hybrid either, they developed an equivalent gasoline to electric mileage usage conversion table, to rate all pure electric cars.

On the greenhouse gas rating, the car scores a best of 10, out of a 10 rating, and the best of 10 again for the smog rating. Perfect numbers of zero gas output and zero smog output. As these are both checked at the tailpipe, and since the car has NO tailpipe, being all-electric, electric cars produce no harmful gas emissions.

That said, be aware that the power to charge the batteries of ALL electric cars have to come from somewhere. That power comes from an electricity generating plant close by. And all power plants have gas emissions, on a much larger scale.

My week in the MINI Cooper Electric Car has been a hoot. The car drives like a slot car, and it looks Iconic with the White Silver Metallic paint job and a black painted roof, then all trimmed out in bright yellow accents on the alloy wheels, front grille, side emblems, steering wheel, mirror covers, and rear deck panels. It looks different, it feels different and it drives different. So when you’re in the market for an electric car, take a quick spin in a MINI Cooper SE electric car, and prepare to be blown away by its power, technology, and base price. A word to the wise is sufficient. And Stay Home and Stay Safe.

Remember “You Are What You Drive ©”

And maybe, just for those reasons alone, you should “Drive one, Buy one, Today ©”.

This Bottom Line Review is provided by: Tony Leopardo © AutoWire.Net.

“Tony the Car Guy” is an automotive writer, editor and publisher in the San Francisco Bay Area. If you have a question, or comment for Tony, send it to tonyleo@pacbell.net or visit AutoWire.Net at www.autowire.net