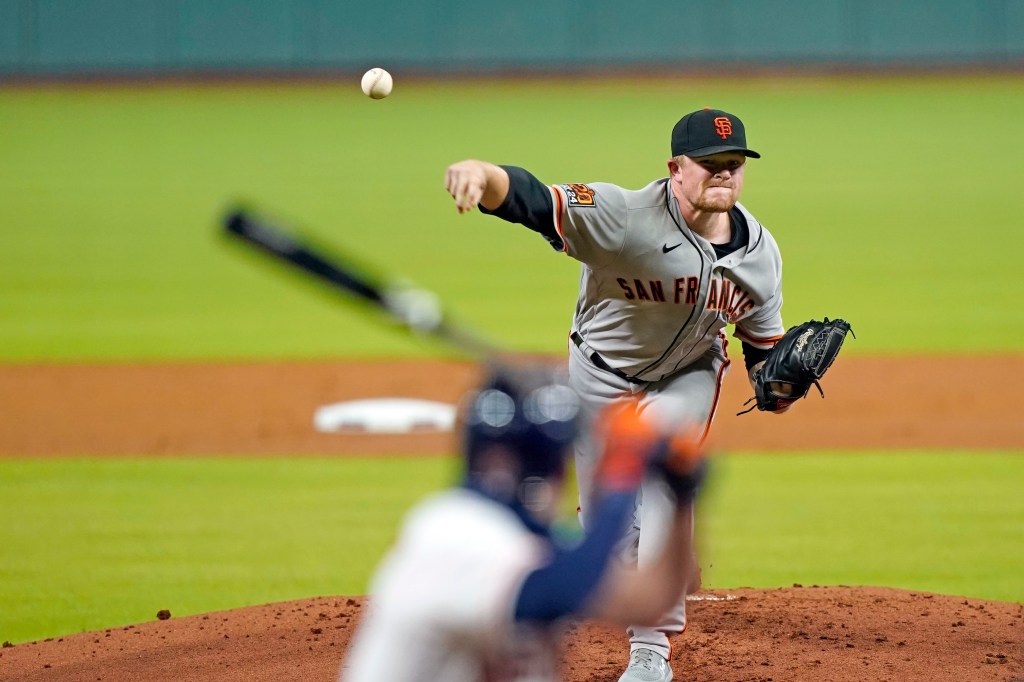 Outside of Colorado Rockies star Charlie Blackmon, no player in baseball is swinging a hotter bat than Giants infielder Donovan Solano.

Solano picked up two more doubles in the Giants’ 6-4 loss to the Astros to improve his average to .458 this season, but with a porous glove, he’s playing his way toward the designated hitter role.

Giants manager Gabe Kapler started Solano at third base on Monday in Houston to get Evan Longoria a day off, but the move backfired in the bottom of the third inning when Solano made a costly throwing error and also let a relatively routine grounder through the left side of the infield for a single.

In the bottom of the fourth, a botched groundball forced Kapler to give starting pitcher Logan Webb an early hook as the Giants’ defensive miscues required Webb to throw far more pitches than he should have in the first few innings against the Astros.

Solano isn’t the only Giants defender struggling on a team that leads the league in errors, but it’s odd to see the journeyman infielder become a liability with the glove. He’s had plenty of experience at third base, shortstop and second throughout his career in the majors and minors and until a breakout 2019 season at the plate, Solano was known as a glove-first player.

In 2020, Solano is one of the most consistent hitters in baseball and owns a league-best 15-game hit streak, but things have gone south for him in the field.

In this episode of the SF Giants Gameday podcast, host Kerry Crowley touches on the Giants’ defensive miscues in Houston, another catcher’s interference call, Austin Slater’s performance against right-handed hitters and more.

SF Giants Gameday: Listen to the Bay Area News Group’s daily San Francisco Giants podcast, hosted by our beat reporter Kerry Crowley. We give you an all-access look at the 2020 regular season with soundbites from manager Gabe Kapler and your favorite Giants players plus the latest analysis on every move during an unprecedented season.

We Need Your Support!Several Giants articles will remain free every 30 days – and I’ve launched a free newsletter and podcast that come Monday-Friday – but for access to all of my coverage you’ll need to subscribe to MercuryNews.com or EastBayTimes.com. Click here for our latest Mercury News offer and here for the latest East Bay Times offer. Thank you! — Kerry Crowley