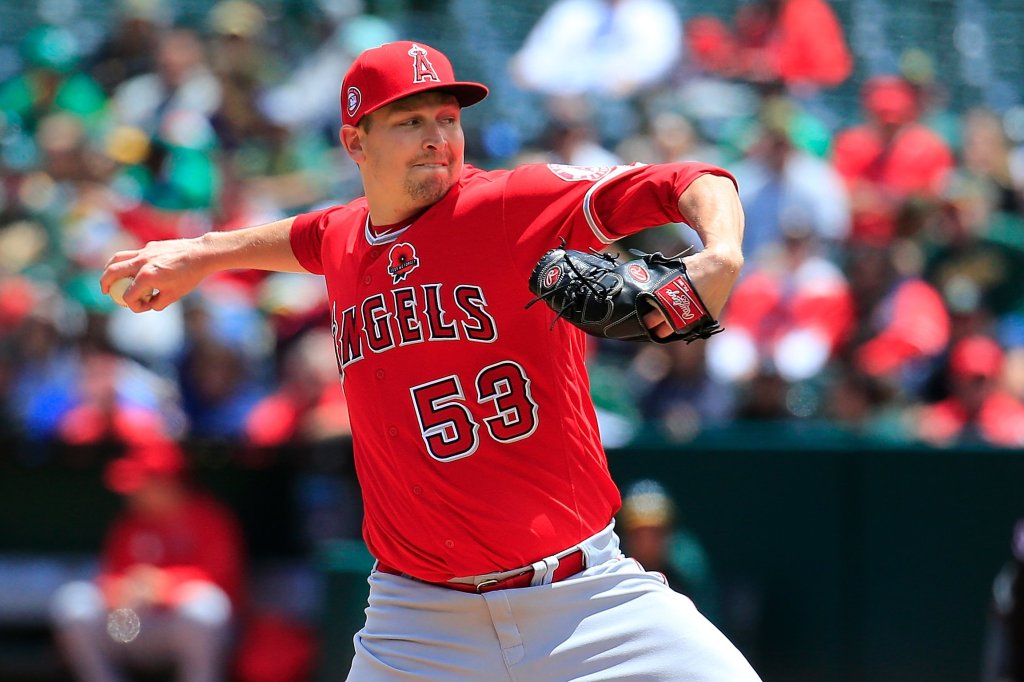 The San Francisco Giants had no trouble finding a spot for pitcher Trevor Cahill on their 28-man roster, but adding him to their 40-man roster appears to be a trickier endeavor.

Cahill will start for the Giants Wednesday in Houston and make his season debut against the Astros, but the organization only has a few hours to purchase his contract and add him to the 40-man roster.

Giants manager Gabe Kapler said the Giants were still determining a 40-man roster move that would free up a space for Cahill, but they were able to find a spot for him and right-hander Dereck Rodríguez on the 28-man roster by optioning relief pitchers Conner Menez and Rico García to the Sacramento alternate site.

Kapler said the Giants can’t expect Cahill to give the club many innings in his Wednesday start, so Rodríguez could follow him out of the bullpen.

“It’s nice to have some length on the roster tonight in the fact that Cahill is not especially stretched out,” Kapler said. “We think he can give us somewhere in the vicinity of 45-to-50 pitches, but even that’s a stretch.”

Garcia gave up five hits and two runs in 2/3 of an inning in Tuesday’s 7-6 victory over the Astros and has struggled with fastball command in recent outings. Menez has been one of the Giants’ more consistent relievers this year, but the bullpen is loaded with left-handed options and Kapler said the club felt the rookie southpaw could use a breather.

Cahill signed with the Giants as a minor league free agent during spring training and quickly worked his way into position for an Opening Day roster spot. The Giants were considering Cahill for their fifth starter job during spring training, but when the coronavirus pandemic put the season on pause, it changed the team’s plans for its pitching staff.

Cahill was still in contention for a job on the Giants’ 30-man roster during summer camp, but a fingernail injury forced him to open the summer at the team’s Sacramento alternate site and build his stamina from there.

When Jeff Samardzija hit the injured list on Saturday with right shoulder inflammation, the Giants informed Cahill of their plans to add him to the roster and targeted Wednesday’s game against Houston as the spot for him to make his season debut.

Samardzija will miss at least 10 days due to his injury, but if Cahill pitches well in his place, it could be difficult for the Giants to bring Samardzija back into the rotation if and when he’s healthy enough to rejoin the roster.

The Giants are also without left-handed starter Drew Smyly, who has missed his past two starts due to a left index finger strain that landed him on the injured list on August 2.

SF Giants Gameday: Listen to the Bay Area News Group’s daily San Francisco Giants podcast, hosted by our beat reporter Kerry Crowley. We give you an all-access look at the 2020 regular season with soundbites from manager Gabe Kapler and your favorite Giants players plus the latest analysis on every move during an unprecedented season.

We Need Your Support!Several Giants articles will remain free every 30 days – and I’ve launched a free newsletter and podcast that come Monday-Friday – but for access to all of my coverage you’ll need to subscribe to MercuryNews.com or EastBayTimes.com. Click here for our latest Mercury News offer and here for the latest East Bay Times offer. Thank you! — Kerry Crowley