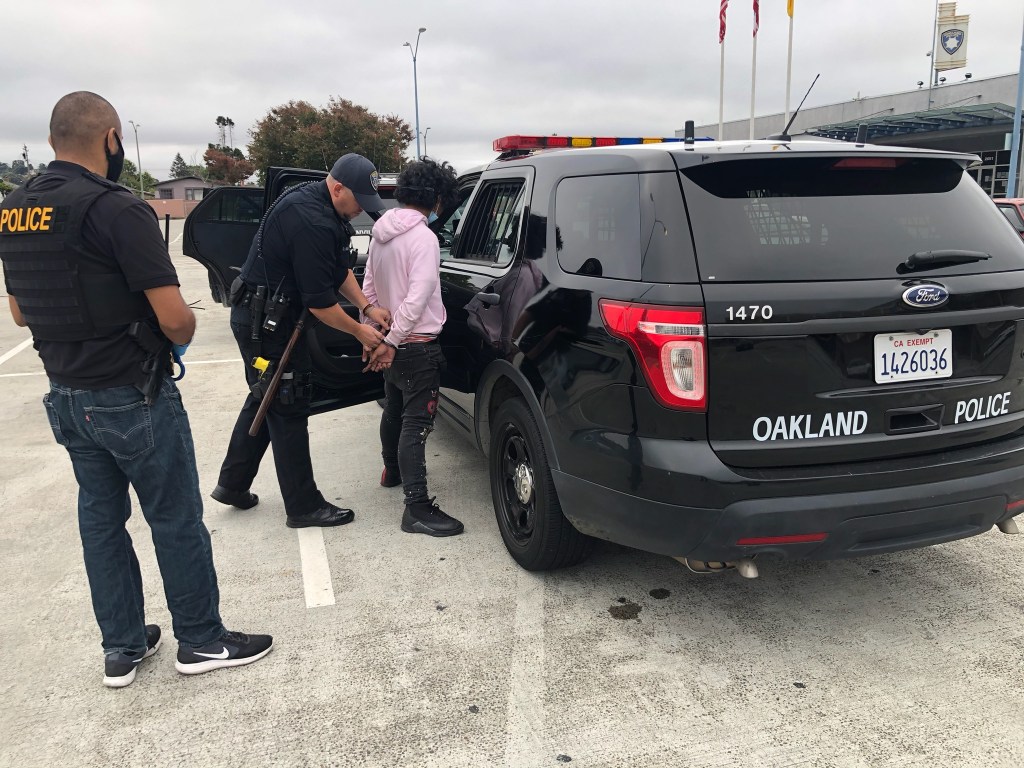 WATSONVILLE — A San Jose man has been arrested as a suspect in a weekend pharmacy robbery, identified in part by the Pink Panther sweatshirt he was wearing, police say.

Responding to a statewide alert to be on the lookout for the vehicle, Oakland police came across Ramos around 5 a.m. Sunday, parked in an auto parts store, Radich said.

“They find this guy asleep inside the car, wearing the exact same clothing the suspect was wearing,” Radich said. “And in plain view, they see a pill bottle that’s a pharmacy-sized pill bottle.”

Radich said Ramos, who was booked into Santa Cruz County Jail and has since been bailed out, was only in possession of one of the numerous pharmacy bottles reported missing.