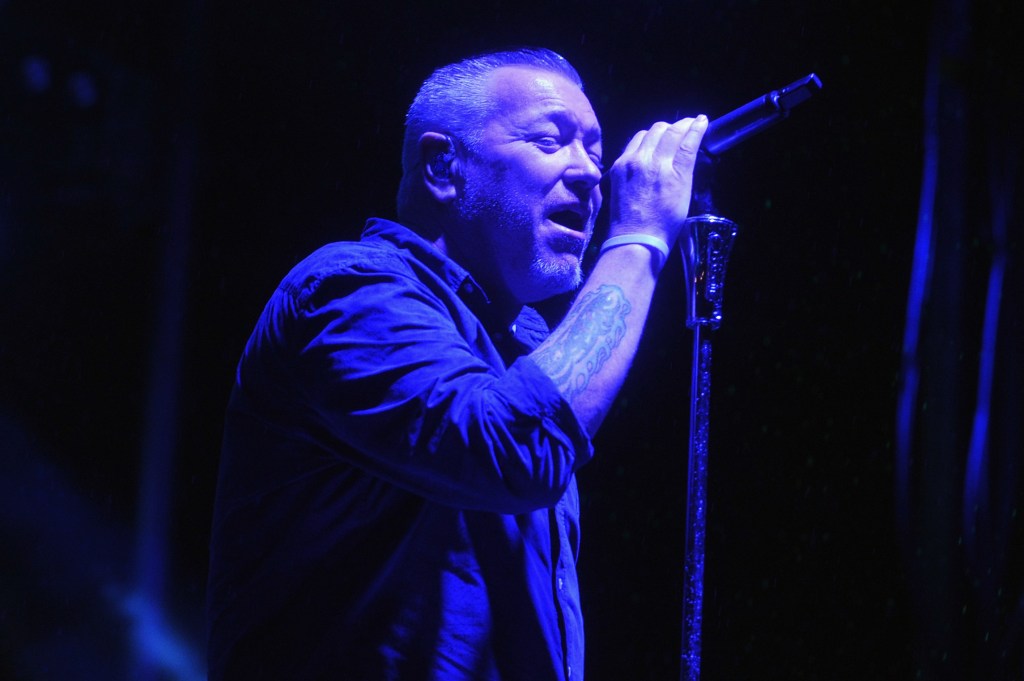 Smash Mouth isn’t going to let something like COVID-19 stop it from rocking fans.

The San Jose band, best known for the hits “Walkin’ on the Sun,” “All Star” and the Monkees cover “I’m a Believer,” drew thousands to watch it perform as part of the huge Sturgis Motorcycle Rally in South Datoka on Sunday (Aug. 9).

And, no, it wasn’t lost on lead singer Steve Harwell that all of this was happening right in the middle of a terribly deadly pandemic.

“We’re all here together tonight … (expletive) that COVID (expletive),” he said to the highly appreciative music fans, who videos and photos clearly show are not observing the widely recommended social distancing protocol or, indeed, wearing many masks.

Thousands of bikers turned out to watch Smash Mouth play a concert in the middle of a pandemic: https://t.co/gUbQEkA6Mv pic.twitter.com/pXJMZRKvsW

these people risked it all to see Smash Mouth last night pic.twitter.com/6yDbVXXEGN

Not surprisingly, Smash Mouth is being blasted on social media for putting on the show.

“That guy from Smash Mouth was right. He ain’t the sharpest tool in the shed,” tweets corey (@coremillionaire).

“Imagine risking your health or life and the health and lives of those you care about for Smashmouth. Hell, I don’t care if John Bonham came back from the dead and Zeppelin played a show in the middle of this. No way, man,” tweeted Joel Mendelson (@JPMendelson).

“I cannot fathom a universe in any dimension in any form of space-time where I would willingly risk my life and health just to watch a (expletive) Smash Mouth live show,” tweets Evil Twin (@megaholt).

Although Smash Mouth seems to be taking the brunt of the negative feedback, the San Jose band is not the only act performing at the Sturgis festival. Others include the likes of Trapt, Buckcherry, Drowning Pool, Reverend Horton Heat, Lit, 38 Special, Quiet Riot and Big Skillet, according to NME.

Oh, and there’s reportedly another Bay Area band on the bill — Night Ranger, which is 100 times better than Smash Mouth but still 100 percent in the wrong for playing a live show in such unsafe conditions during the pandemic.

Here is a brighter video to see all the people (credit KOTATV) pic.twitter.com/P7XW46BLiS