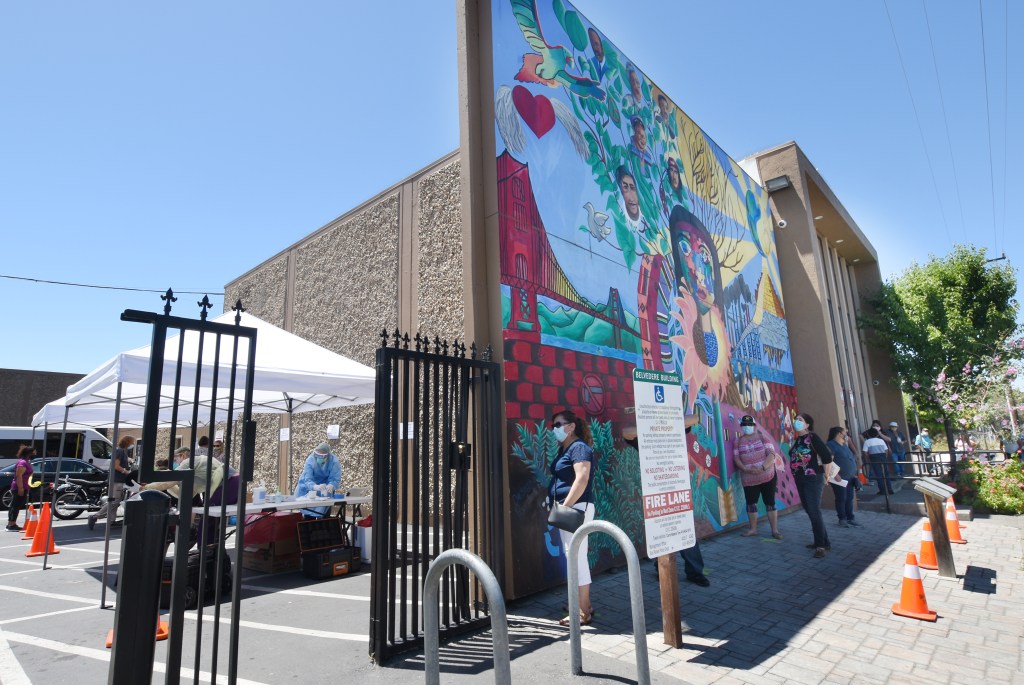 Marin County is bolstering its roster of Spanish-speaking public health workers in an effort to curb the spread of the coronavirus among the county’s Latino residents.

The county Department of Health and Human Services is set to hire five temporary workers who speak Spanish next week through a contract with the nonprofit Canal Alliance, a San Rafael-based organization that provides services for Latino immigrants.

The workers will serve as “contact tracers,” charged with interviewing Marin residents who test positive for the coronavirus and forming a list of people they have come in contact with. The tracers then track down the people who might have been exposed to the virus and ask them to isolate from others.

Contact tracing is a key strategy for slowing transmission of the virus, officials said, and the county has been increasing its tracing staff since the beginning of the pandemic. Marin had 77 tracers last week, which included county employees, Marin Medical Reserve Corps volunteers and interns. About a third of them speak Spanish.

“For our community, language has been a huge barrier for contact investigation,” said Air Gallegos, Canal Alliance director of education and career.

San Rafael’s Canal neighborhood, a predominantly Latino community that is home to many Spanish speakers, has been hit hard by a coronavirus outbreak, according to health officials.

That’s in part because of overcrowded apartments in the neighborhood, resulting in transmission among large groups of people living together, said Dr. Lisa Santora, the county’s deputy public health officer.

In one recent case, a resident in the Canal neighborhood tested positive for the virus and a public health investigation revealed that the person shared the living room of a three-bedroom apartment with four others, according to Santora. Each of the three bedrooms was occupied by a family, she said.

Such arrangements are “fairly common” in the Canal area, she said, and are driving the coronavirus outbreak there.

Latinos in the Canal and throughout Marin also make up a large proportion of the county’s “essential workforce,” Santora said, and the virus is spreading within workplaces.

Latino residents make up about 16% of Marin’s population but account for about 75% of the county’s coronavirus cases, public health data show. The data note that about 20% of people who test positive for the virus do not provide their ethnicity to health officials.

The five new contact tracers are Canal neighborhood residents, according to Gallegos.

“It’s one thing to talk to somebody in Spanish,” she said. “But it’s different to talk to somebody who really can understand where people are coming from in this community. Being able to empathize with people and offer them support that’s meaningful to them is going to be really important in fighting COVID-19.”

Successful contact tracing investigations rely on quickly identifying and isolating people who may have been exposed to the virus to stop it from spreading. But in some cases, the investigations have been severely hampered by long turnaround times for coronavirus tests, according to Santora.

A testing site in the Canal neighborhood run by the state Department of Public Health relies on laboratories that have been critically overburdened by the growing demand for testing throughout the state, and the wait times for results have continued to soar. People getting tested there are waiting as long as two weeks for results, Santora said.

Other testing sites in Marin provide results much more quickly. A drive-thru site at the county Civic Center delivers results in one to two days, and a mobile testing operation run by the county’s Department of Health and Human Services churns out results in two to three days. But the majority of residents in the Canal are getting tested at the state-run site in the neighborhood, Santora said.

To combat the problem, county officials are working on a plan to administer faster tests in the Canal area more frequently. The county’s mobile operation offers tests in the neighborhood on Wednesday and Friday afternoons, but officials are planning to do so more often, Santora said.