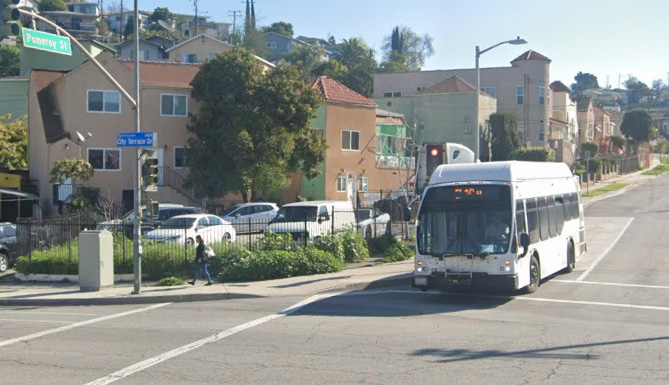 A Los Angeles Metro bus struck and killed a skateboarder early Sunday, and the driver continued on the route for 10 more miles.

The California Highway Patrol said, however, “It was determined a hit-and-run collision did not occur.” The agency did not explain the rationale.

The collision occurred at 12:41 a.m. in the City Terrace neighborhood of East Los Angeles. The victim was a 26-year-old man on a skateboard. A witness told TV station KTLA that the man slammed into a wheel of the bus as it began driving through an intersection on a green light.

The man was dead when CHP officers arrived.

The bus did not stop after the accident. The driver was pulled over almost half an hour later in South El Monte by a sheriff’s deputy.

“Upon inspection of the bus, it was determined to be a match to the suspect vehicle,” the CHP statement said.

The collision remains under investigation.