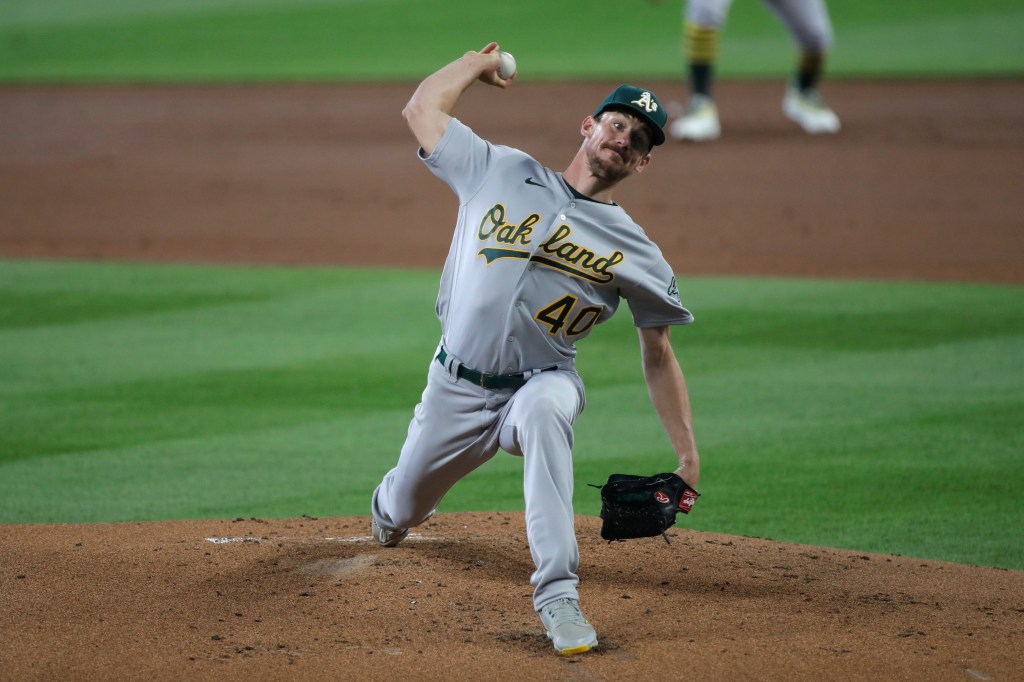 With Kemp and Semien on base in the fifth inning, Laureano homered off reliever Anthony Misiewicz, helping the A’s earn a 3-2 win over the Seattle Mariners at T-Mobile Park.

Kemp worked a walk off of Mariners starter Kendall Graveman, the former Athletic, with two outs. Semien also got on base, beating out a threw to first base after he hit a ground ball to the left side of the infield. Graveman, a right-hander, was replaced by the lefty Misiewicz.

That set the stage for Laureano, who took Misiewicz’s hanging 82 mph slider over the left center field wall for his second home run of the season.

The home run by Laureano, who was 1-for-10 in his last three games before Sunday, allowed A’s starter Chris Bassitt the chance to earn his first victory this season.

Bassitt threw 83 pitches and lasted 5 2/3 innings, allowing three hits and striking out seven. Mixing a sinker, a changeup and a fastball, Bassitt retired 10 in a row at one point from the first to the end of the fourth inning.

Kyle Lewis hit a solo home run off Yusmeiro Petit in the eighth inning to cut the A’s lead to 3-2. But Petit got Daniel Vogelbach to ground out and Liam Hendriks earned his third save of the season with two strikeouts in the ninth. A’s pitchers combined for 12 strikeouts Sunday.

The A’s conclude their series with the Mariners on Monday before they return home to face the Texas Rangers on Tuesday.

Graveman started 78 games for the A’s from 2015 to 2018. He was the A’s Opening Day starter in 2018, but struggled mightily through the first six weeks of the season, when he was optioned to Nashville on two occasions.

Before he elected to have Tommy John surgery in July of that year, Graveman owned a 1-5 record and a 7/60 ERA.

Graveman was signed by the Chicago Cubs last year but never threw in a game as he continued his rehab. After the Cubs declined the team option, he signed with the Mariners in November.

In his one start this season, Graveman allowed six earned run sin four innings in what became a 8-5 loss to Houston on July 27.

“He’s healthy, and when he’s healthy, he’s good,” A’a manager Bob Melvin said of Graveman before the game. “He’s got good sink, he’s developed some other pitches, he’s got a cutter, too, and we’ve got to make him work.”

Kemp’s single in the third inning was his first base hit of the season. His two walks gives his four for the season.