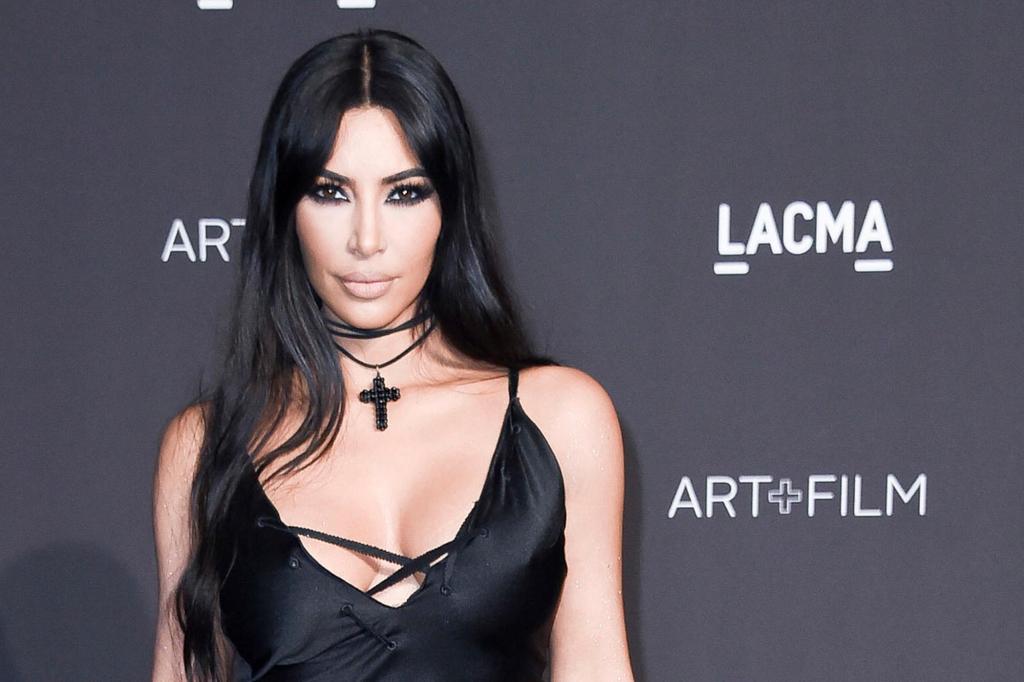 Kim Kardashian participated in a number of social media posts over the past few days that suggests she may not be bothered by the growing backlash over Kanye West’s admitted “spoiler” presidential campaign or allegations that Republican and pro-Trump operatives may have committed election fraud on her husband’s behalf.

“Chillin,” Kardashian captioned a photo she posted to Instagram Monday. The photo showed the reality TV star and Skims underwear designer lounging in what appears to be a walk-in closet displaying shelves of luxury shoes and purses.

On Friday, Kardashian was heard laughing in a video of her husband, dancing with their oldest daughter North West. The video, filmed by Kardashian, was posted to West’s Twitter account.

That same day, calls to boycott brands associated with Kardashian and her husband exploded on Twitter, following the rapper’s admission to an editor for Forbes that he is indeed running a presidential campaign designed to take away votes from the presumptive Democratic nominee, Joe Biden.

“I’m not going to argue with you,” West told Forbes editor Randall Lane in a text exchange.

West and Kardashian are supposed to be on vacation, starting in the Dominican Republic and now in Colorado, where they are reportedly trying to work on their troubled marriage and as the rapper struggles with an episode of bipolar disorder.

TMZ reported Kardashian just wanted to focus on healing their marriage while on vacation, which supposedly means that the couple were not going to spend their vacation discussing West’s presidential campaign or their reported political differences.

But instead of going radio silent — as spouses might when trying to focus on healing their relationship  — Kardashian and West continue to be active on social media. It has to be assumed that the media-savvy duo are well aware of the messages they are conveying as questions grow about whether he could be implicated in election fraud because of the questionable way people working for his campaign allegedly went about getting signatures for his name to appear on ballots in a number of states.

Over the weekend, Kardashian showed no concern about the controversy when touting Skims underpants and bras, celebrating sister Kylie Jenner’s birthday, and asking fans to name their favorite emoji.

✨ my favorite emoji is the magic sparkle ✨ what’s yours? pic.twitter.com/SV3AfByVsW

Meanwhile, West shared of flurry of tweets, sharing photos of Yeezy shoes and other products and designs. But West’s tweet Tuesday, complimenting his mother-in-law Kris Jenner on her music playlist, brought an influx of replies, further calling for a boycott of products, including those he makes with Adidas and Gap.

Boycott Kanye for screwing over our democracy @Gap @adidas @ultabeauty

The controversy over West’s campaign grew with #KanyeConJob trending on Twitter over the weekend. The hashtag was started by Mario Nicolais, an attorney working on behalf of the Lincoln Project, a group of conservatives and Republicans who have launched an effort to defeat Trump in November.

The #KanyeConJob is illegal and likely organized by the Trump campaign.

This feeble attempt at rigging the election won’t work and shows that Trump knows a reckoning in November is imminent. https://t.co/i9qKRK1tix

Nicolais examined West’s petition to be on the ballot in Wisconsin and wrote in a blog post: “In 15 years practicing election law, I have never seen anything as craven and shameful as the Kanye con job Donald Trump and his sycophants have attempted in Wisconsin.”

“After combing through two challenges to Kanye West’s nomination signatures at the behest of The Lincoln Project, I have come to two conclusions: not only should Kanye be kept off the ballot, but law enforcement should investigate and prosecute several individuals involved in the effort.”

West has filed petitions to appear on the presidential ticket in 10 states, with multiple reports by the New York Times, New York Magazine and other outlets saying he has received help from Republican election strategists.

But so far he only has managed to secure a spot on Oklahoma’s ballot, Vanity Fair reported. Other petitions in other states are under review.

West managed to meet the filing deadlines for Illinois and New Jersey, but the two states threw his eligibility into doubt after both announced that the majority of the signatures submitted as part of his petition were invalid, Vanity Fair reported.

In Wisconsin, Democrats have challenged West’s petition, citing the lateness of his filing and the fact that some signatures have fake-sounding names like “Mickey Mouse” and “Bernie Sanders,” the Milwaukee Journal Sentinel reported. The complaint also contains affidavits from some citizens who said they were mislead about the reasons they were signing the petition.

West’s campaign hit back at the complaint, accusing Democrats of hiring a private investigator to track his signature-gathering street team and engaging in an “organized effort of harassment and intimidation” against his candidacy, TMZ reported.

An attorney representing West in Wisconsin also disputed the argument that West should be kept off the ballot because his petition wasn’t filed by the precise deadline of 5 p.m., the Milwaukee Journal Sentinal reported. The attorney, Michael Curran, furthermore dismissed arguments that the petition contained obviously fake names. He said the complaint must prove those are in fact fraudulent signatures.