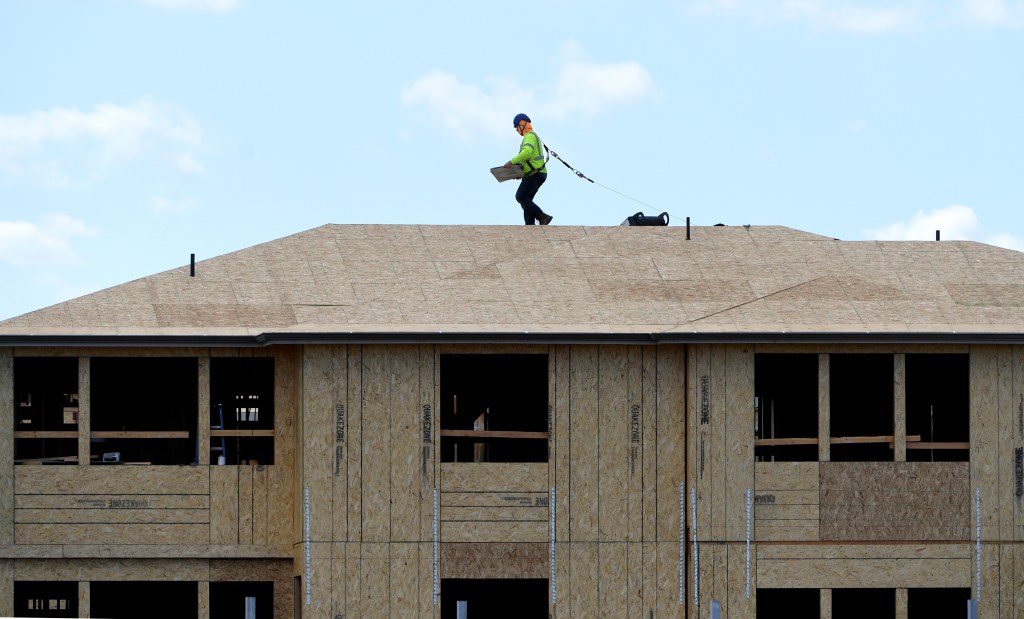 ALAMEDA — Up to 654 apartments for low-income residents are planned near the Oakland Estuary where there was once segregated housing for Black workers who came to Alameda to work for the U.S. Navy during World War II.

Habitat for Humanity and the city’s Housing Authority are proposing the apartments, which would be built as two projects on 14 acres at Mosley and Singleton avenues and Bette Street.

Most of the site will be taken up with the Housing Authority’s project, which calls for 586 apartments in buildings on four blocks, along with paths and a new street connecting Mosley and Singleton that would be named “Mabuhay,” a Filipino expression commonly used in greetings.

The name was selected from the city’s official list of suggested street names.

The housing would be built over about 10 years in three phases, according to Andrew Thomas, the city’s planning, building and transportation director. Each phase will require approval for final architectural designs and landscape details.

No groundbreaking date has been announced.

On Aug. 17, the Planning Board will consider approving a development plan and a tentative map for the Housing Authority’s project, plus the proposed street name.

The authority took ownership of the property from the Navy in May 2019 after expressing interest in the site a decade earlier, said Danielle Thoe. Tho is the senior project manager of the Community Housing Partnership, which is made up of the authority, Building Futures and the Alameda Point Collaborative, organizations that work to get homeless people into permanent housing.

“Today, we recognize that housing needs are more significant than were envisioned in 2009,” Thoe told the Planning Board on May 11, when it was briefed on the two projects, but took no formal action.

Habitat for Humanity, a nonprofit that helps build and repair homes, including with volunteers, plans to build 68 apartments in four buildings on two acres at Mosley Avenue and Bette Street.

A pathway would link Habitat’s development with the Housing Authority’s.

Both sites are next to the 8-acre Estuary Park and within two blocks of a 4-acre public park being built at the Alameda Landing Waterfront, and within a few minutes walk of the Main Street Ferry Terminal.

Katie Bascom, a senior project manager with Habitat, told the May meeting that she hoped the apartments would be “a welcome addition to the greater Alameda Landing area.”

To be eligible to live in the apartments, people must earn 80% or less of the area median income, which in Alameda County for a single person is $73,100 and $104,400 for a household of four, according to the U.S. Department of Housing and Urban Development.

After the war, the city returned the property to the federal government, which developed the current buildings on it in 1969 for Navy housing. The U.S. Coast Guard also used the site until 2005. The Navy declared the property as surplus in 2007.

Local amateur historian Rasheed Shabazz told this news organization in February 2018 that in 1940, there were 249 Black people living in Alameda. That number jumped to 6,914 by 1944, according to the U.S. Census. The overall city population increased from 36,256 to 89,906 as civilian workers and sailors flocked to the now-closed Alameda Naval Air Station during World War II.

The war workers and their families needed places to live, and they were predominantly housed in segregated projects concentrated on the west end of Alameda, Shabazz said.

While Habitat and the Housing Authority want to build on 14 acres, the former Navy property totals 28 acres.

Carmel Partners, a private real estate development company with offices throughout the country, is renovating former military buildings on about 10 acres of the site into 146 market-rate townhomes and has named it “Admirals Cove.”