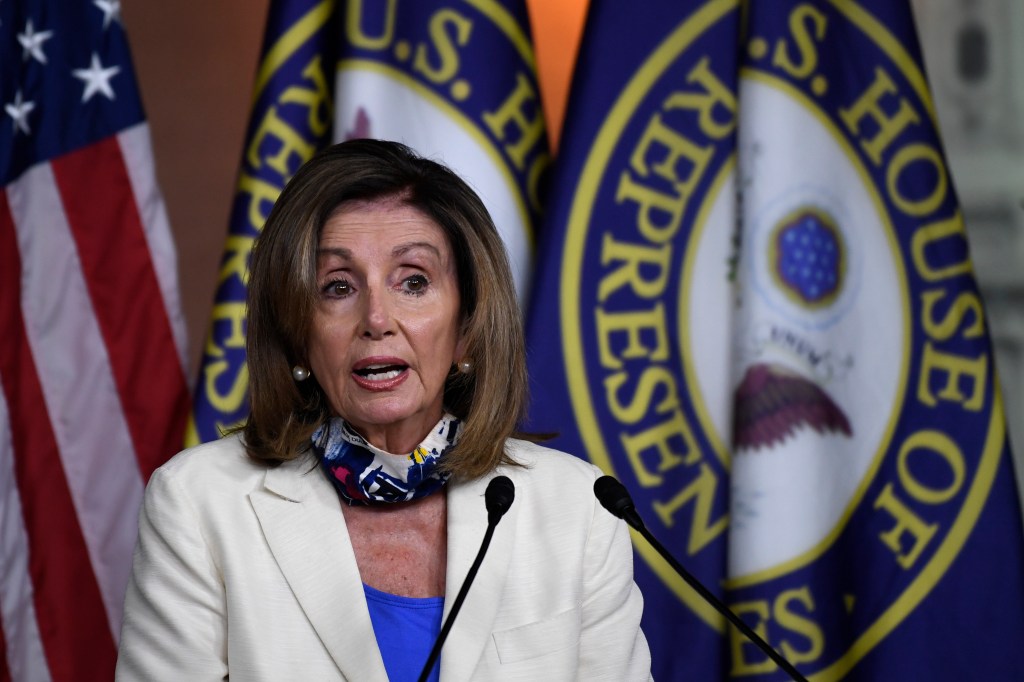 Speaker of the House Nancy Pelosi on Wednesday said she is concerned about Russia using social media and other tools to interfere in the 2020 presidential election.

“It is a concern,” the San Francisco Democrat said during a live streamed video chat with the Public Policy Institute of California (PPIC). “They’ve really never stopped.”

Ahead of the 2016 election, according to a report from Special Counsel Robert Mueller, Russian agents created social media accounts that spewed false or misleading information to millions of followers, some of which was endorsed or repeated by members of the Trump campaign and administration.

Pelosi blamed the intelligence community for failing in 2020 to share information about current interference efforts that “should be available to the American people,” and criticized Facebook and other tech giants for ignoring the problem and relying on a business model that favors money over the truth. Social media, she said, is a “double-edged sword”: It’s a way to communicate with people but that communication comes with the possibility of exploitation.

There are also other election issues to contend with closer to home, the speaker said, including making sure voters can cast their ballots. Despite recent polling that suggests most voters support mail-in ballots amid the ongoing coronavirus pandemic, President Donald Trump has opposed the idea, suggesting without evidence that sending ballots by mail could lead to widespread voter fraud. Republican lawmakers have also bristled at the idea, suggesting it could give Democrats an edge.

Pelosi hit back at the suggestion that mail-in voting would help her party, saying the practice would benefit Americans broadly.

“We have to remove obstacles of participation for people to be able to vote,” she said, adding that if people are going to vote in person, more polling locations should open to help people socially distance.

The speaker said she was less worried about Trump floating the idea of delaying the election, which would require Congressional approval and has not gained traction in Washington DC.

“It will not be postponed,” Pelosi said. “This is a diversionary tactic on the part of you know who” to distract from the fact that COVID-19 has killed more than 150,000 Americans.

Pelosi spoke for just shy of an hour with PPIC President Mark Baldassare about a range of issues, from the election to police reform legislation and ongoing efforts among Republican and Democratic leaders to work out another coronavirus relief package that could mean a second round of stimulus checks.

“We’re far apart on some of these,” the longtime lawmaker said.

One area where there is ongoing tension is how the current 2020 census count should be conducted. The Census Bureau has said it plans to end door-knocking efforts to make sure every person in the U.S. is counted a month early, in September, leading Democrats to fear an undercount that could affect everything from representation in Congress to the amount of money flowing to states and counties.

Pelosi said that door knocking would have to be extended to October if 99% of people have not completed the census by the end of September, calling the switch a sad attempt to scare people, especially new immigrants, people of color and others who have historically been most at risk of not being counted.

“This was really mean spirited,” Pelosi said, thanking community groups for their local efforts to make sure everyone is included.

Despite the challenges of 2020, the speaker said, she is hopeful about the future and inspired by activists who have taken to the streets to protest everything from police brutality to gender discrimination in the last several years.

“What gives me some hope are the people in the street,” Pelosi said. “It’s just the most invigorating thing.”