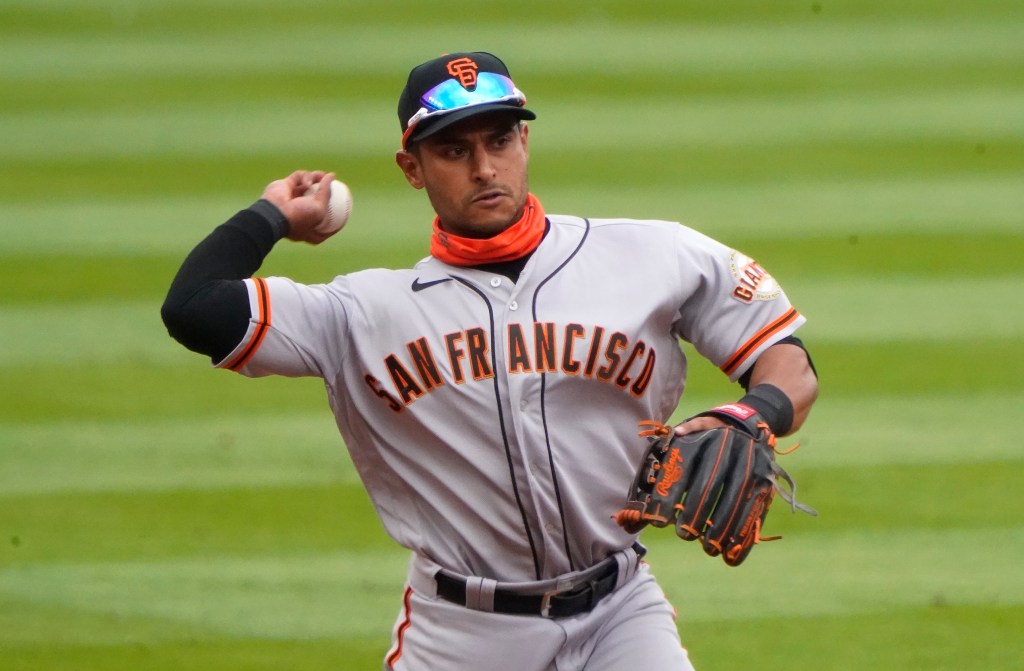 Giants infielder Donovan Solano, red-hot at the plate but ice-cold with his defense, will miss Tuesday’s game with the Houston Astros with abdominal soreness, manager Gabe Kapler said.

Kapler said Solano will be reevaluated Wednesday when the Giants finish their three-game series with the Astros at Minute Maid Park.

Solano went 2-for-4 for the Giants on Monday against the Astros to raise his batting average this season to a scalding .458. But playing third base for Evan Longoria, who got the day off, Solano he also committed two errors in what became a 6-4 loss, the Giants’ sixth in eight games.

Kapler said Solano’s injury didn’t occur while he was playing defense, and did not feel as if the injury affected his defense.

“Earlier in the game, he said he felt something really minor. He wasn’t concerned about it,” Kapler said. “It was just something that he wanted to address and we’re getting out in front of it. It wasn’t concerning enough early in the game for us to get him out of there.”

Please check back for updates to this story.