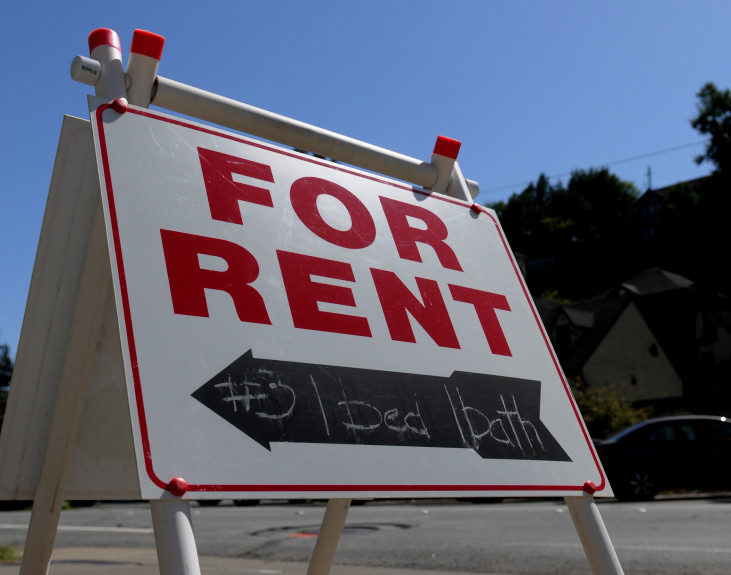 The basic principles of economics haven’t changed in two years.

That’s when 59% of California voters wisely rejected a measure that would have allowed cities to impose tougher local rent control restrictions.

Since then, the Legislature and Gov. Gavin Newsom have nevertheless approved legislation imposing rent control statewide, albeit a more-tempered version. Now rent control advocates have gone back to the ballot to try once again to enable tougher local standards.

Throughout all this, however, the economic fundamentals remain the same: High rents in California are due to a shortage in the housing supply. We simply haven’t built homes fast enough to keep up with population growth. As a result, more people are competing for limited numbers of dwellings.

But the tougher the rent restrictions in the state, the less likely developers will construct desperately needed units. Rent control will only make the housing shortage worse. Which is why voters should reject Proposition 21 on the Nov. 3 ballot.

Rent control is a feel-good idea. A quick fix to a complicated problem. But it is not very effective at protecting poor or vulnerable tenants. In the short run, rent control helps those who live in rent-controlled units. But in the long-run it drives up the overall cost of rental housing because it exacerbates the short supply.

Lest there be any doubt that supply and demand are the key drivers of rental housing costs, consider the price drop we’ve witnessed in much of the Bay Area during the pandemic. Supply has swelled as owners of short-term vacation and corporate housing units are now listing those units as long-term rentals. And demand has slackened as more people realize that working from home allows them to move to cheaper, distant locations.

But when life returns to normal, so too will rising rents — unless we encourage more construction rather expanding price controls.

A new state law limits rent increases for most rental housing in California to no more than 5 percent plus inflation each year, or 10%, whichever is lower. The new law, which lasts until 2030, applies to most housing that is more than 15 years old.

In addition, 21 cities, including nine in the Bay Area, and the county of Los Angeles currently have local limits. Under the state’s Costa-Hawkins Rental Housing Act, local governments can only apply rent controls to multi-unit apartment buildings constructed before Feb. 1, 1995. And they must allow landlords of those older buildings to reset rents to market rates for new tenants.

Proposition 21 would change Costa-Hawkins by allowing cities and counties to implement tougher local rent control rules. Local rent control could be imposed on most housing that is more than 15 years old. Cities could also apply the rules to single-family houses if they’re not owned by people with two or fewer properties.

And the local rules could block landlords’ ability to reset rent to market rates for new tenants, instead limiting increases to up to 15% during the first three years after a new renter moves in. This provision is especially problematic because it punishes landlords who, for prior tenants, have tried to keep their rents low.

However well-intentioned Prop. 21 might be, it’s counterproductive. Most economists agree that rent control reduces the quality and quantity of housing. “The analysis of rent control is among the best-understood issues in all of economics and — among economists, anyway — one of the least controversial,” liberal economist and New York Times columnist Paul Krugman wrote in 2000.

The principles of economics haven’t changed since then. Voters understood that in 2018. Now they have to weigh in again. Vote no on Prop. 21.