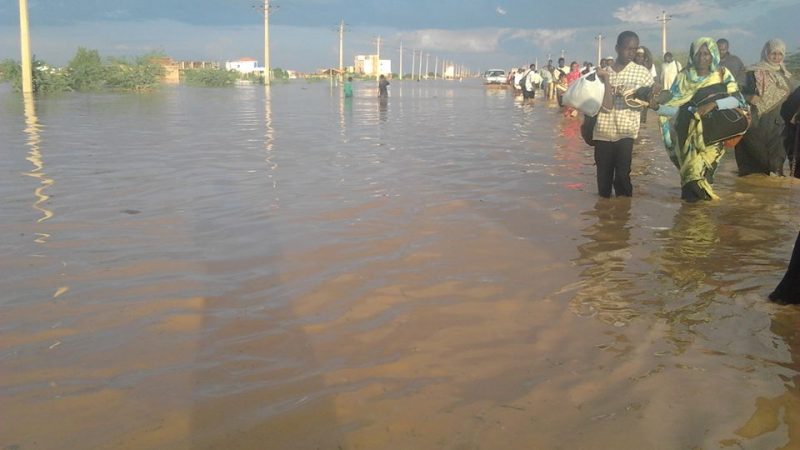 This year’s rainy season led to disaster when the Bout Dam collapsed during the annual Eid al-Adha holidays in Sudan.

The town of Bout, situated in the southeastern Blue Nile province, was severely hit by heavy rains and floods over the past week. The town of about 100,000 residents saw at least 1,200 houses destroyed, according to statistics provided by the Sudanese Red Crescent Society (SRCS). The collapse displaced thousands and left many without access to clean water.

No government in Sudan’s history has been able to solve the humanitarian disasters brought on by annual flooding in June and July, which inevitably leads to chronic destruction and loss of life.

More than 120 houses in the nearby town of Wad Abuk were also destroyed. Until now, the field teams are working to help people in Bout and Wad Abuk.

According to SRCS, there were at least four deaths, 75 houses were completely destroyed and 280 houses were partially destroyed in the Abu-Hamad locality in northern Sudan.

The East Nile area, a sub-city within Khartoum, also continues to experience mass flooding. At this time, no cars or people can pass through the area and the only way to save lives is through the use of local boats. 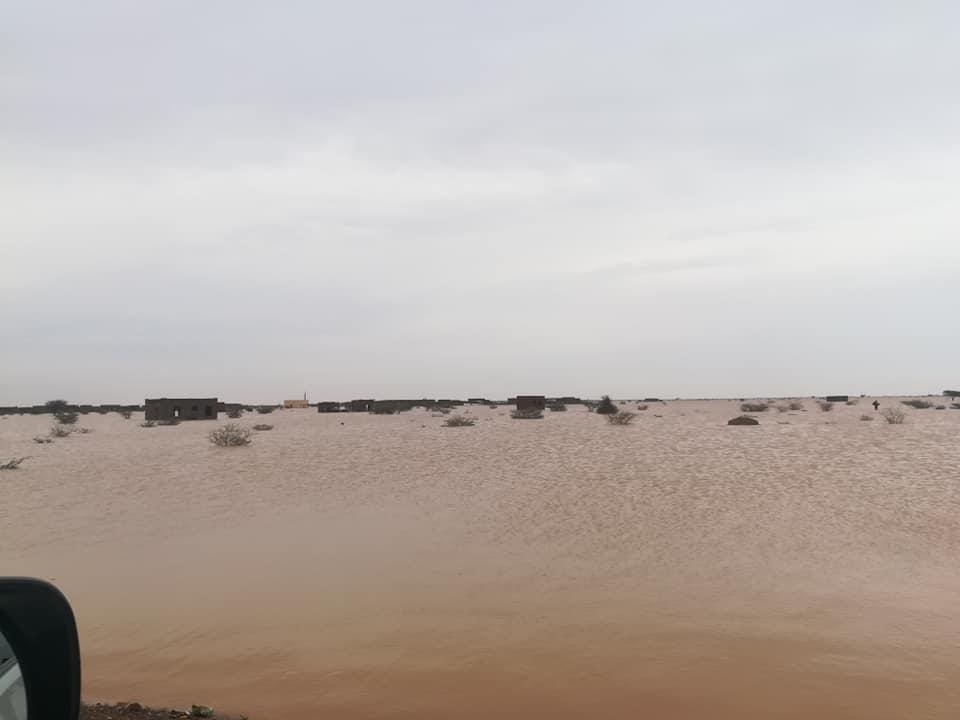 Rescued residents are sleeping beside the highway in tents provided by the civil defense, the Sudanese Red Crescent and a few nongovernmental organizations. 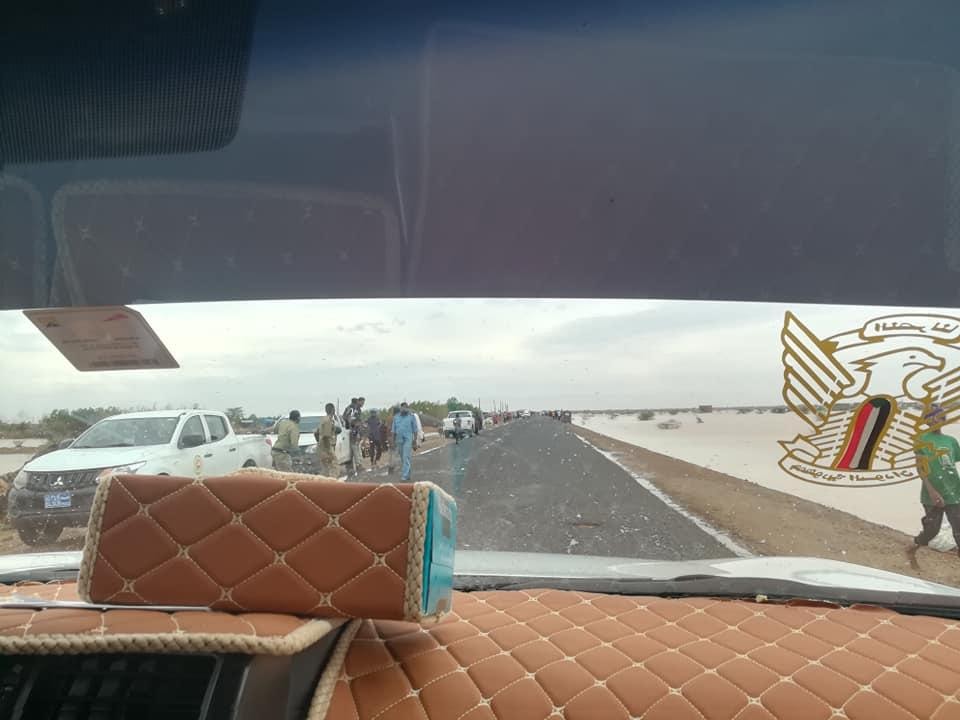 East Nile floods forced residents to flee their homes and seek assistance along the side of the highway. Photo by Khattab Hamad, used with permission.

The crisis has been compounded by a lack of city planning from Khartoum’s municipal leadership.

Residents are often left on their own to cope and recover:

A woman repairs damages to her house, after torrential rain lead to landslides and flash floods, in the town of Umm Dawan Ban, near Khartoum, Sudan, on Aug. 2, 2020. pic.twitter.com/68a7Ure8sT

Nafeer, a youth-led initiative, responded swiftly to the humanitarian crisis caused by heavy rains and flash floods that struck Sudan. The term nafeer is a Sudanese social tradition that comes from an Arabic word meaning “a call to mobilize” to help people in crises.

On August 2, the group announced a call to all volunteers to a meeting on August 4, to discuss a crisis plan. The governor of Khartoum joined the meeting to support them with government resources.

Abdallah Hamdok, Sudan’s prime minister, wrote a thread on Twitter detailing all the ways in which the government is prepared to address the rainy season crisis, highlighting that this rainfall has been the heaviest in 30 years:

[Tweet 1] I met at the headquarters of the Presidency of the Cabinet, ladies and gentlemen, ministers of the Cabinet Affairs, Interior, Finance, Social Development, Irrigation and Water Resources, the Governor of Khartoum State and Mr Secretary General of the National Council for Civil Defense, to discuss the implementation of the prepared rainy season plan.

He goes on to say in his Twitter thread:

Tweet 2: The meeting decided to provide urgent shelter needs for those affected by the rains of the previous days. We also decided to allocate all machines that have been restored through the empowerment removal committee to work in the treatment of the effects of the rainy season.

Tweet 3: We have issued a directive to all states to form committees to deal with rainy season emergencies headed by the governor, provided that the National Council of Civil Defense continues to coordinate centrally and establish a media platform to own information and publish weather forecasts and actions taken by the council.

Tweet 4: We also mandated the Ministry of Labor and Social Development to address international agencies and international organizations to coordinate the response to the rainy season emergency, and we also decided to direct the Ministry of Health to prepare for the epidemics accompanying the rainy season and launch an early cholera vaccination campaign to avoid any possible epidemic outbreaks.

Tweet 5: Rain forecasts indicate that we will face an unprecedented rainy season during the past 30 years, and there are emergency measures in place to avoid the effects of long-term treatments to fix urban planning problems and ensure the safety of citizens and their property.

Tweet 6: I introduce my great thanks and pride for the active role that popular organizations, resistance committees and civil society activities initiated, to move quickly to ward off the effects of the fall as a role that evokes the authentic Sudanese values of social solidarity and the activation of the values of collective action in the journey of building and reconstruction.

Tweet 7: We will go hand-in-hand to harness all the capabilities and efforts to take advantage of the bounties of the rainy season and avoid its negative effects on citizens in all parts of the country. May God save Sudan and the people of Sudan.

A future without flooding crises requires planning to re-house displaced people living along flood routes. Sudan must also enact plans to actually benefit from heavy rain through rainfall storage and other ecological measures.