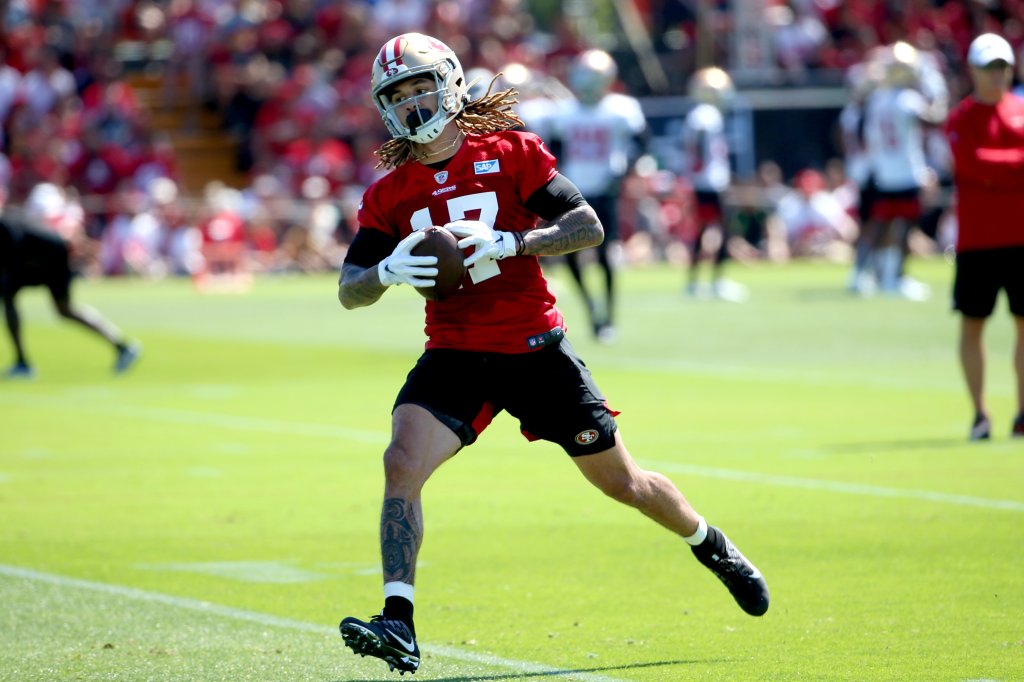 Congratulations, you’ve won a visit to our first mailbag of 49ers training camp. Stay on the link for today’s virtual learning, or press “9” to go on our do-not-call list:

Cam, are you and the rest of the media allowed to watch the practices or is that being restricted this year? (@VinceFelice1)

Media access indeed is coming to the 49ers’ practice field, soon, likely this weekend. Daily access is mandatory the ensuing two weeks through Aug. 28, and we’ll likely be sequestered on the fields’ eastern block. Interviews are restricted to video conferences, so I’ll do my best to maximize my question or two per session (example: I asked Nick Bosa last week about the Super Bowl and, bluntly, if he was held on third-and-15.)

What is Javon (Kinlaw) lifting? Bench? Deadlift? How does he move for a big guy? (@surf_skate_88)

Thanks to social distancing, reporters are not allowed in the weight room to serve as spotters and keep 400 pounds off the chest of the 49ers’ top draft pick. Weight-room numbers are nice (so I hear) but the NFL is about much more than that. How Kinlaw moves among an elite defensive line is key to 2020 and beyond.

What is your expectation for Jimmy G in 2020? The offense is loaded with weapons that match his strengths, so will Kyle Shanahan open up the playbook and let him throw 30 times per game? (@Rabrealey)

Loaded? At tight end, yes, with George Kittle and new Jordan Reed. But the 49ers have a young, untested receiving corps (average age: 24). I’d expect a run-heavy strategy with just enough passes to keep defenses honest at the outset.

Not many people have been talking about the significance of Dee Ford! I believe if he’s fully healthy it can really unleash the true potential of that defense with him on the other edge for at least 60% of the snaps. (@49ersEdwin)

That is what the 49ers had in mind, too, when they signed If Healthy Dee Ford last year to an $85 million deal that includes $13.7 million in salary this season, second only to Jimmy Garoppolo. If Healthy Dee Ford is taking part in camp so that’s a positive sign his offseason knee procedure alleviated his pain.

We haven’t seen Hurd in a full-team practice since last August. Our long wait will soon be over. Meanwhile, here was Raheem Mostert’s assessment of Hurd, who missed his rookie season with a back injury: “He’s a bigger receiver and probably the most physical receiver I’ve seen tap-wise and even going out there practicing. It’s nice to see him back.” Mike McGlinchey hailed Hurd’s imposing presence as: “6-4, 240 (pounds) and built in a lab.”

Do any of the undrafted, rookie running backs have a legitimate shot at a roster spot? (@faub5)

Perhaps only if Tevin Coleman’s $4.5 million salary is unaffordable or if Jerick McKinnon’s comeback turns sour. But rookies Jamycal Hasty and Salvon Ahmed indeed have great shots to make the expanded, 16-man practice squad. The 49ers invested more in Hasty ($90,000 guaranteed) than Ahmed ($50,000), per overthecap.com.

Is the hype around Jerick McKinnon just hype or will he make the team? (@tonyferrari_)

TBD. McKinnon’s comeback from a September 2018 knee injury didn’t fare well last training camp, so give it a few practices to see if things are truly as encouraging as they seem to start this camp. His receiving ability is a missing ingredient to this offense. His determination and spirit are enviable.

Is Kendrick Bourne a lock? (@markasbih)

Is anything in 2020? I’d say Deebo Samuel and Brandon Aiyuk are locks at wide receiver, and Kendrick Bourne is the next closest until Trent Taylor proves he’s at full health. Bourne, entering his fourth year, is the most experienced receiver in this system. It’s a boom or bust year, perhaps. Taylor is the oldest at 26, followed by Chris Thompson (26), Bourne (25), Samuel (24), Hurd (24), Dante Pettis (24), Shawn Poindexter (24), Jauan Jennings (23) and Aiyuk (22); Travis Benjamin (30) opted out this season.

Who takes the biggest leap this year? (@dbabb26)

In terms of a veteran candidate who wasn’t part of last year’s ride, look to Taylor, Hurd and McKinnon. In terms of someone who missed the playoffs with an injury, Ronald Blair and D.J. Jones could surprise on the defensive line. Best of all could be an If Healthy Dee Ford and an If Healthy Kwon Alexander.

Is there a chance for expanded rosters for the entire season? (@andiaz_91)

Active roster’s capacity remains at 53 but the practice squad got bumped from 10 to 16 players in case of COVID-19 infections. That said, if there is an outbreak, I see games getting postponed or even forfeited before a team must raid a huge chunk of its practice squad.

With Solomon Thomas not performing to his third-overall pick (status), and with Josh Garnett getting cut (last year by the 49ers, last Sunday by the Lions) should we avoid Stanford? (@x3kingz_)

But Richard Sherman is working out swell, while Zach Ertz and Christian McCaffrey are two of the league’s top offensive stars. The 49ers’ first-round history with Stanford men is indeed checkered, at least after John Brodie (1957) and Gene Washington (1969). Preceding Garnett (2016) and Thomas (2017) was Kwame Harris (2003).

Who’s the No. 1 receiver since Deebo is hurt? (@niner_empire_)

But first, did you see Samuel’s Instagram post showing how well his surgically repaired foot can move, albeit on a carpet in the training room? He is seven weeks post-op, so he very well could be WR1 for the season opener. With Kittle, the 49ers don’t need a WR1 as much as a collection of, and here is the key word, “versatile,” contributors, especially if COVID-19 impacts their depth.

Deebo Samuel continues with his rehabilitation. Looking better and better each day. 😤 #49ers

What position group are you keeping the closest eye on during camp? (@49ersHive)

Aside from positioning myself away from my grimey, media colleagues? I’ve got an eye on something at each position. Check back later this week for my top-10 questions entering practice.