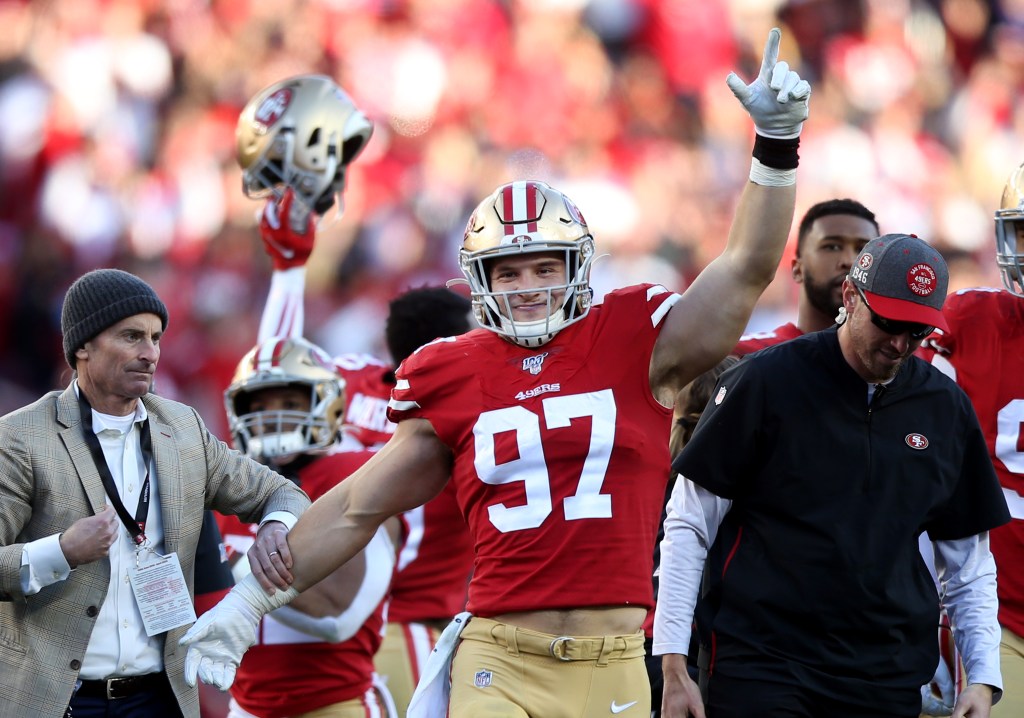 Nick Bosa got Defensive Rookie of the Year honors. Arik Armstead got a contract extension. And Dee Ford, well, he got surgery on a problematic knee issue.

The 49ers know their strength remains their defensive front, and with depth especially important amid COVID-19 uncertainty this season, here is who’s on that unit as camp opens:

Defensive end Nick Bosa: Look for a double-digit sack total and more all-around amazement in an encore that could merit consideration for All-Pro honors and NFL Defensive Player of the Year. A year ago, Bosa arrived with durability concerns, and he did not miss any ensuing games while racking up nine sacks in the regular season then four more in the playoffs.

Defensive tackle Arik Armstead: He slides back into his role as a defensive end in base and interior lineman on passing downs. That recipe paid off with a career-high 10 sacks last season and then a five-year, $85 million deal with $40 million guaranteed.

Defensive tackle Javon Kinlaw: His power as a 3-technique will help compensate for the loss of Buckner (traded to the Indianapolis Colts). Drafted 14th overall out of South Carolina, Kinlaw has a tremendous supporting cast to mentor him, headlined by position coach Kris Kocurek.

Defensive end Dee Ford: Knee tendinitis and hamstring injuries limited his workload and productivity (6 1/2 sacks), so offseason surgery could be what he needs to fulfill his high-priced promise.

Nose tackle D.J. Jones: He flashed with his first two career sacks and timely stop last season before an ankle injury kept him from the playoffs. He could see more action but likely will be a run specialist as their truest nose tackle.

Defensive lineman Solomon Thomas: He hasn’t produced many memorable plays three years since being drafted No. 3 overall, so it’s no surprise the 49ers did not pick up a pricey option for 2021. But his versatility could come in especially handy this season. He’s overcome so much personal adversity in recent years and looks as determined as ever to succeed.

Defensive end Ronald Blair: Grinding his way back from anterior cruciate ligament repair, Blair opened camp on the active/physically-unable-to-perform list. Blair is beloved by defensive coordinator Robert Saleh, but this remains a prove-it season physically for the fifth-year vet.

Defensive end Jonathan Kongbo: He’s coming off a CFL Grey Cup championship and could win a Super Bowl if his ACL-repaired knee and increased bulk prove NFL-caliber. He has a fascinating background worth learning about his road from Congo to British Columbia to the University of Tennessee.

Defensive tackle Kevin Givens: He stuck around last year as an undrafted rookie but played only in the regular-season finale at Seattle. If he refined his skills over the offseason, keep an eye on his potential.

Nose tackle Darrion Daniels: He could have the best shot of this year’s against-all-odds undrafted class. He served as a Nebraska captain upon being a graduate transfer from Oklahoma State.