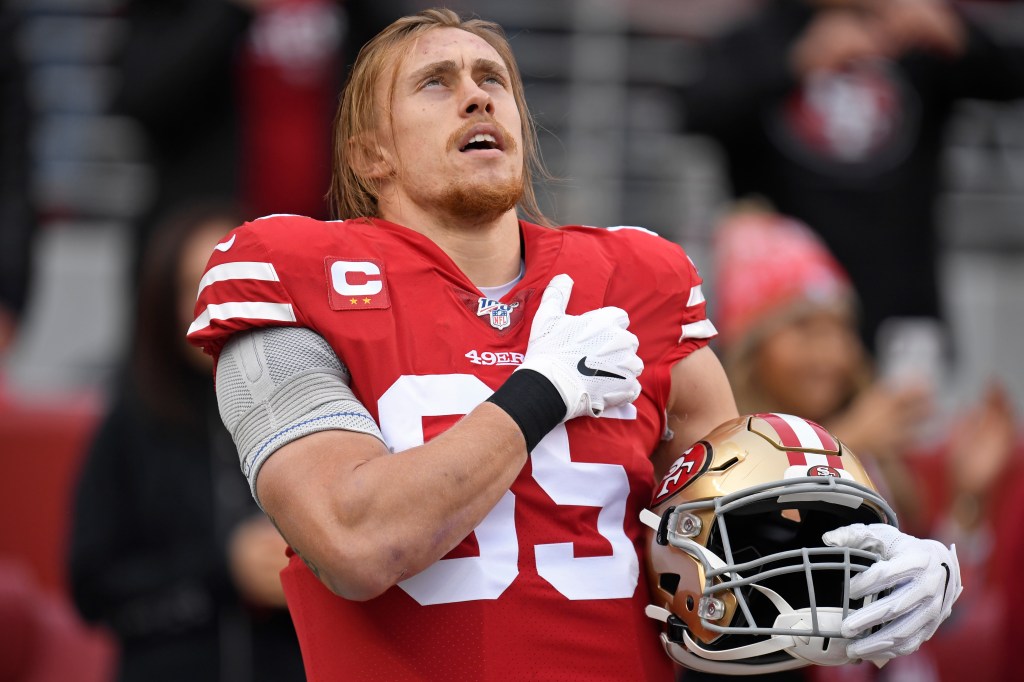 The 49ers have the NFL’s best tight end and then, hmmm. They indeed return a couple backups and used one of their five draft picks on a blocking tight end.

Is that enough for an offense that often deploys two tight ends per snap? If a veteran free agent arrives in camp, it wouldn’t be shocking, nor would it be if Jalen Hurd slides over from wide receiver on occasion. Hurd has the desirable frame (6-foot-5) but durability is a greater concern than tenacity.

Depth is vital this season, so let’s look at all the 49ers tight ends:

George Kittle: If you pass a Brink’s armored car, ask them if they’re headed to Kittle’s house. The First-Team All-Pro is due a record contract extension — say $14 million to $16 million annually — preferably before the season so it won’t overshadow an already uncertain season. His all-around ability to catch, run and block is matched by  his leadership spirit and work ethic.

Ross Dwelley: Kittle’s primary backup at tight end can fill in at fullback in a pinch like 2019. He came through in the clutch at Arizona last Halloween and has the opportunity to gain more traction if no veteran competition arrives.

Daniel Helm: This former practice-squad player is viewed as a blocking specialist, but he’s yet to play in an actual game.

Charlie Woerner: This 6-foot-5, blocking tight end could fill the role Levine Toilolo held in playing about 20 percent of the snaps. Woerner produced one touchdown among 34 college receptions; Kittle came out of Iowa with just 48 receptions, 10 for touchdowns.

Chase Harrell: The undrafted rookie is new to tight end, having switched there from wide receiver last season for Arkansas. He transferred there in 2018 from Kansas, after his older brother, Cole, was fatally shot at a Houston house party.

Count on Kittle to post a third consecutive 1,000-yard season, perhaps one that rivals his record-setting 2018 haul for a tight end (1,377 yards). Ross Dwelley had only 15 catches for 91 yards last season but is worth taking a flier on in fantasy football as he enters his third year in this system. If Hurd converts to a No. 2 tight end, a 500-yard season easily could be within reach.